Bangladesh is the 9th International Drum Festival in Egypt-DailyProbash.com 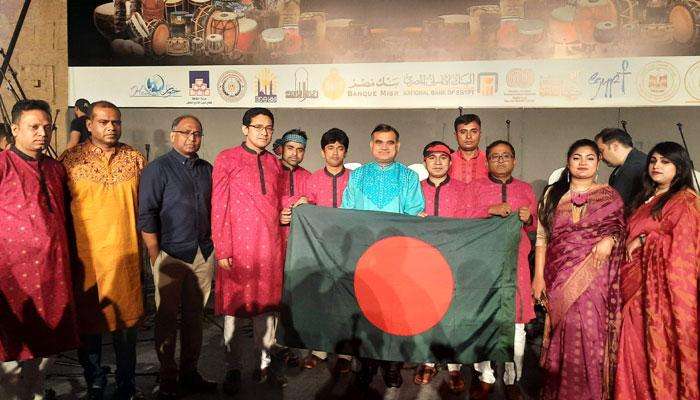 Egypt has started a week-long international drum and traditional folk art festival with the slogan ‘Drums are playing for peace’.

Traditional cultural delegations from 43 countries, including Bangladesh, took part in the 9th edition of the festival organized by the Ministry of Tourism and Antiquities.

The Bangladesh Cultural Team formed with expatriate Bangladeshi artists under the overall supervision of the Bangladesh Embassy took part in this international festival.

Ambassador Md. The Bangladesh team led by Monirul Islam will take part in the workshops of the festival besides highlighting the culture of the country.

Speaking on the occasion, the Ambassador told reporters that Bangladesh-Egypt friendship has a long history and Cairo-Dhaka exchanges and cooperation are deepening. The International Drum and Folk Art Festival will further open the door to the cultural arena of the two countries.

The International Drum and Folk Art Festival was started in 2012 by Intesar Abdel Fattah, a culture and art expert from the Egyptian Ministry of Culture and a renowned artist. He is the founder of various art groups such as the Egyptian Arts Troupe.