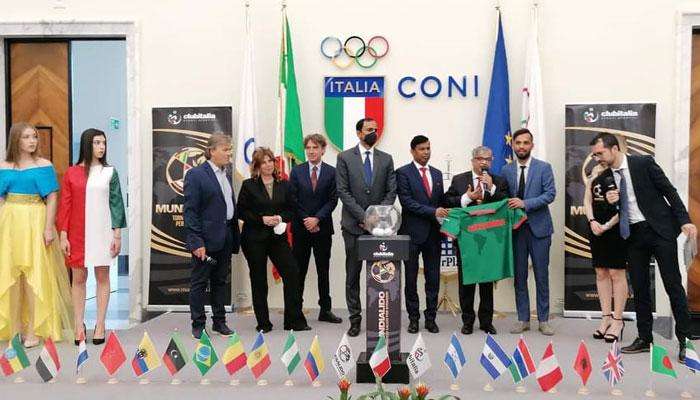 Mundialido, the football team of different countries, is going to start on May 29 in Italy. 24 teams including Bangladesh Youth Sports Organization are participating in the 24th edition of the tournament. Bangladesh will play Nigeria, Ethiopia and Honduras in Group C.

Players and representatives from 24 participating countries were present at the lottery.

Ambassador Shamim Ahsan was felicitated by the organizers of the group distribution ceremony.