Bangladeshi Professor Tariqul Islam is recognized as the best researcher in Malaysia-DailyProbash.com 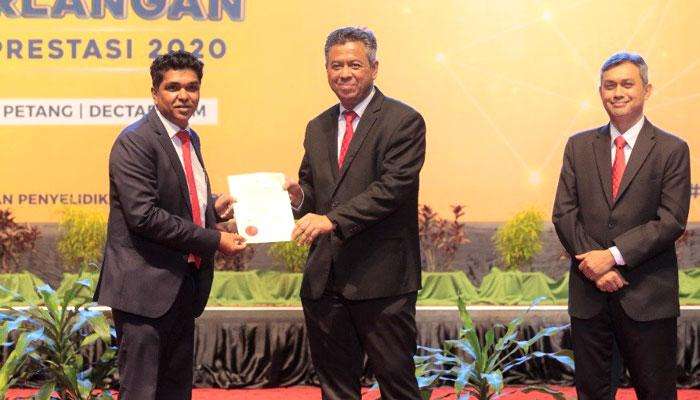 On Wednesday (May 18) at a function held at the University Auditorium in Kuala Lumpur, the Deputy Vice Chancellor of the UKM, Prof. Dato. From Abdul Wahab Mohammad) Professor Dr. received the award and certificate. Mohammad Tariqul Islam.

The purpose of the ‘Malaysia Research Assessment’ (MyRA) Award, which is to evaluate the capacity of higher education institutions, is to recognize, recognize and inspire all academics to improve performance. University Kebangsan Malaysia (UKM) is one of the five universities in Malaysia declared as a research university since 2006.

Professor of Electrical, Electronic and Systems Engineering at UKM. Tariqul Islam is leading a research group and under him students from different countries of the world including Bangladesh are engaged in research work.

Dr. Tariqul Islam has won several gold medals before and has been a top researcher at EEKMA for many years. He has supervised about 30 PhDs and 20 M.Sc theses. He has consulted with more than 10 postdox and visiting researchers.

In addition, Professor Tariqul is a visiting professor at the Kyushu Institute of Technology in Japan. He is the author of about 500 research journal articles and 22 inventory patents on various topics related to antennas, metamaterials, and microwave imaging.

Professor Tariqul was a student of Notre Dame College Dhaka and Department of Electrical and Electronics Engineering of Dhaka University. She is conducting collaborative research with various universities around the world, such as Japan, Saudi Arabia, Kuwait and Qatar, for diagnostic instruments such as breast and head tumors. He is also actively working on the development of small antennas for nano satellites.

Expressing his feelings in recognition, Professor Mohammad Tariqul Islam, Bangladeshi researchers in different countries of the world are working with reputation. Malaysia is no exception, I am proud to prove it later.

He also said that he is ready to cooperate with Bangladeshi researchers.