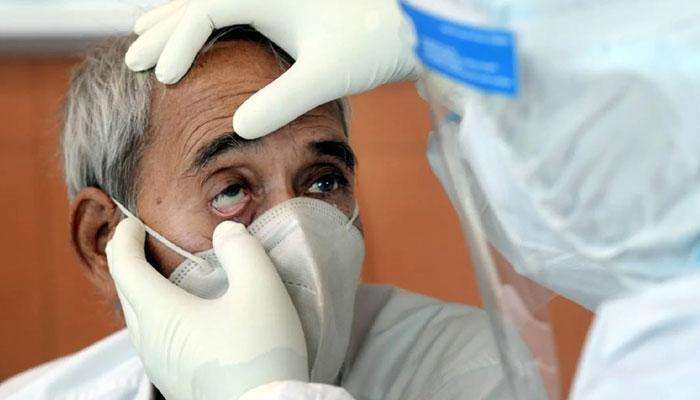 According to a recent study by Omani researchers published in the International Journal of Infectious Diseases, all patients with diabetes mellitus had poorly controlled or newly diagnosed conditions.

Seven out of ten patients attended the emergency department with a history of three to seven days of headache and periorbital pain. Clinical examination reveals periorbital swelling, chemosis and eye disease. Of these, seven patients had mild coronary heart disease. Two of them received a dose of dexamethasone before admission from another institution.

Three other patients were admitted for severe Kavid-19 pneumonia / ARDS one to four weeks before the diagnosis of myocorrhiza. Despite poor glycemic control, all three patients received a high dose of dexamethasone (8 mg per day) for the duration of their hospital stay.

Black fungus growth was observed in Oman during the second wave of corona last summer. Most of the reports were from India. The Delta variant (B.1.617.2) was the most common variant in circulation at the time.

In Sultana, severe fungal infections, including severe illness and mortality, have been shown to be fatal, according to a study entitled ‘Cavid-19 Associated Mucormycosis: Opportunistic Fungal Infections’.

The study said: “We are presenting ten cases of Rhino Orbital and Rhino Orbital Cerebral Mucorrhoea coronary arthritis conducted at a secondary hospital in Oman. The interval between the development of mycorrhizae (black fungus) was two weeks after the diagnosis of corona.

Those who died had low blood sugar control and four of them had severe diabetic ketoacidosis.

The study concludes that uncontrolled blood sugar, corticosteroid use, and immunity in Covid-19 patients are all significant risk factors for developing black fungus or myocardial infarction. Poor glycemic control is associated with poor outcomes despite advanced medical treatment and surgical intervention.

The infection is caused by contact with a fungus called mucosa. The fungus is commonly found in soil, plants, fertilizers, and rotting fruits and vegetables. Doctors say the fungus exists naturally in soil and air. Even in the nose and mucus of healthy people it can be at normal times. The fungus infects the sinuses, brain and lungs. Because the lungs of people infected with Covid-19 are weak, black fungus can pose a serious risk to them.