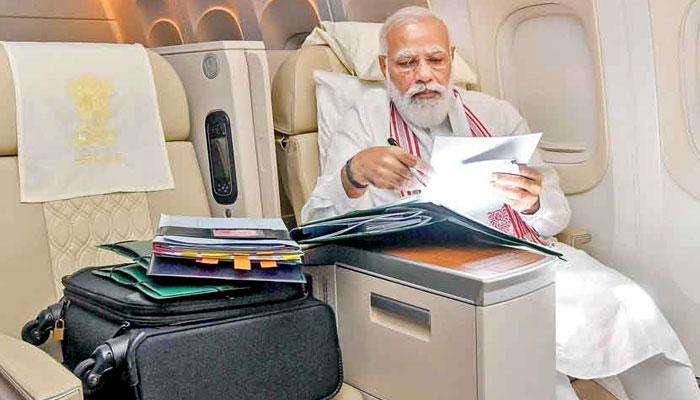 Indian Prime Minister Narendra Modi spends most of his nights abroad. Participated in various meetings during the day. He then left for another destination on a night flight. This has been seen in one foreign tour after another for more than 15 days. Now Japan tour is no exception.

Indian media DNA India has tried to find out the possible reasons why Narendra Modi chose night flight for his foreign tour. Based on observations of his various itineraries, DNA says,

He is on a three-day visit to Germany, Denmark and France earlier this month. He then visited Nepal on the occasion of Buddhapurnima. He will join the quad dialogue of the four-nation alliance to be held in Tokyo, Japan on Tuesday.

In all, the number of Prime Minister Narendra Modi’s foreign trips this month stands at five. Reviewing their itinerary, it can be seen that Narendra Modi spent one night in Germany and Denmark. He will also spend one night in Japan, returning to the country on the next night’s flight.

A source close to Indian Prime Minister Narendra Modi told DNA that the purpose was to save time. According to him, such a trend is not new in Narendra Modi. When he traveled as an ordinary citizen in the late 1990’s, he followed the same pattern when traveling abroad.

On Monday, the first day of his visit to Japan, Narendra Modi will meet top businessmen and address the Indian community. Tomorrow Narendra Modi will take part in the quad meeting, will hold a bilateral meeting. He will return to India tomorrow night.