Immigration cannot be questioned without the need of passengers: State Minister for Aviation 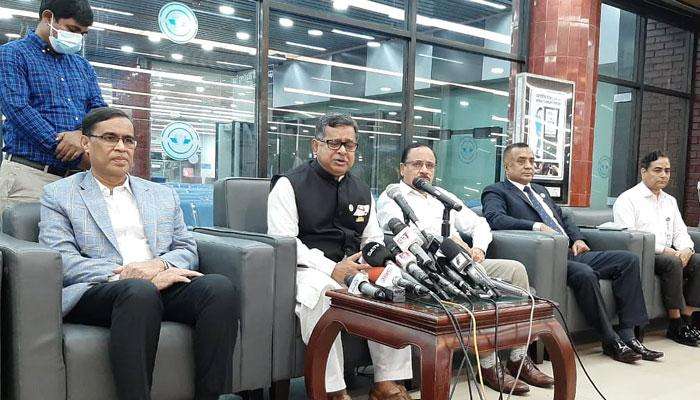 State Minister for Aviation M Mahbub Ali has said that passengers cannot be interrogated at Hazrat Shahjalal International Airport without any need, adding that 21,000 passengers come and go every day. It is not possible to question so many passengers in one day. Only those who need to be interrogated are being interrogated. Immigration police will confirm whether the rest are passengers or not.

“I have spoken to the immigration authorities,” he said. Every passenger should not be interrogated or harassed. Interrogate those whom they deem necessary. If necessary, they will be asked separately.

The state minister for aviation said he had spoken to customs to ensure that all passengers’ bags were not checked. Only those who are suspected on the basis of information will be checked and 1 to 2 percent of the passengers will have to be checked separately.

In order to check, it is necessary to ensure that there is no harassment in the coming and going of the passengers. The Prime Minister has instructed to come to the airport and make the service uninterrupted. Arrangements are being made to launch e-gate soon.

Regarding the Hajj flight, the Minister of State for Aviation said, “We are preparing for the start of the Hajj flight on May 31.” But the Saudi authorities could not do the ancillary work of those who will go for Hajj, including fixing their house rent and Moallem. These issues are not yet clear. However, we believe that the Saudi authorities will complete the work on time. He further said, “The Ministry of Religion is looking into these issues. We believe that everything will be done in this time. The Hajj flight will be officially inaugurated on May 31.

You can read more: You can choose the seat of the aircraft sitting at home

Regarding the ground handling management of the airport, the state minister said, “A team has been formed by the ministry. Ministry people stay at the airport three days a week. They see if there is any mismanagement. We talked to the passengers here. They say the quality of service is good. They did not have any problem in immigration.

Addressing the officials and employees in charge of ground handling at the airport, State Minister for Aviation Mahbub Ali said, We have to get out at the end of duty, so that we can ensure the passenger service. Such services are provided at airports abroad. We are trying to do that.

The state minister said that the airport authorities are alert about the monkeypox, adding that monkeypox has appeared in different countries of the world. We have to be careful about this.

You can read more: Foreign tour on night flight, why Narendra Modi likes

Air Vice Marshal M Mofidur Rahman, chairman of the Civil Aviation Authority (CAA), said, “The barricades were removed here.” But when the trolley was in crisis, the barricades were set up again. Because, many trolleys would go out of the airport. We had to do it to control the trolley. Wheelchairs will be seen to make arrangements to get out.

Asked whether the state minister was satisfied with the current situation at the airport, Mahbub Ali said, “I do not say that we are able to make all the arrangements. We also have some limitations. Due to various difficulties we are not able to provide proper service. We are working for this. We can’t say that some mismanagement is not happening to the passengers. ‘

“We are on high alert,” he said. When you come to the country, you have to give the health declaration form online. This point has been given there. There will be information on whether there are symptoms of passengers, whether the monkeypox is coming from the countries where it is growing or not.

Secretary of the Ministry of Civil Aviation and Tourism was present at the briefing of the Minister of State for Aviation. Mokammel Hossain, Biman Bangladesh Airlines Chairman Sajjadul Hossain and Managing Director Abu Saleh Mostafa Kamal.