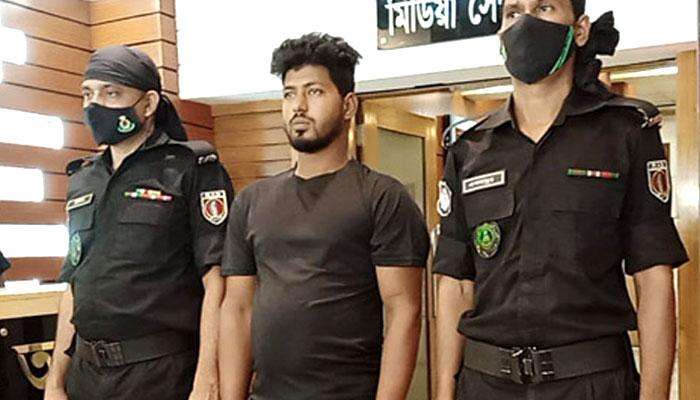 RAB has arrested her husband Nurul Islam for killing a housewife in Dhaka’s Keraniganj. He was arrested on Sunday from Kakrail area of the capital. According to RAB, Nurul Islam had planned to kill Reshma Akhter on suspicion of having an affair with an expatriate youth.

According to a RAB press release on Monday, Reshma Akhter, 25, was stabbed to death at her home in Keraniganj on April 18. A case was filed against her husband Nurul Islam.

According to RAB, Nurul Islam got married to Reshma Akhter 12 years ago. Both of them are residents of Keraniganj area. Shortly after the marriage, Reshma moved to Jordan in search of a livelihood. They got divorced while they were in Jordan due to family quarrels. The couple has a son.

According to the RAB notification, Reshma returned to the country at the end of last month after a long absence from abroad. Despite the separation, they started the family again. Two days after starting a new family, Nurul killed Reshma on suspicion of having an affair with an expatriate youth.

After killing his wife, Nurul Islam first went to Barisal and went into hiding. A day later he came to Dhaka by launch from there. Later he went to Chittagong via Chandpur. After staying there for two days, Nurul returned to Dhaka.