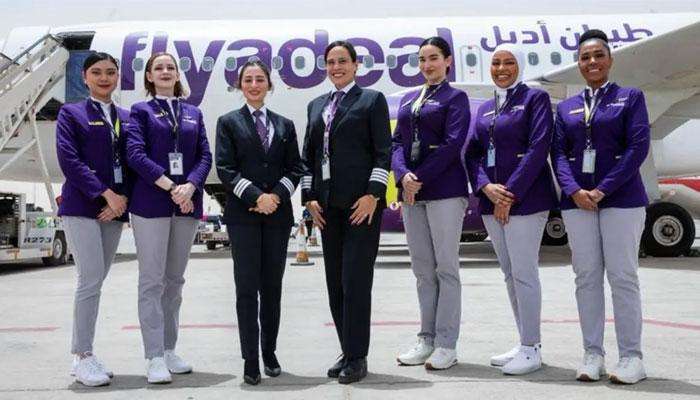 Saudi Arabia’s budget airline Floydell has operated the country’s first flight with a female crew only. Officials have described it as a milestone in the country’s women’s empowerment.

Iskandarani said the “majority” of the seven-member crew were Saudi women, including the first officer. Only the captain was a foreign woman.

Saudi Arabia’s civil aviation authority has confirmed the announcement in Floyd, citing a broader role for women in the aviation sector in recent years.

In 2019, authorities announced the first flight with a female Saudi co-pilot.

Saudi officials are working to accelerate the expansion of the aviation sector, which will make the country a global travel hub.

The goal is to more than triple the annual traffic of 330 million passengers by the end of the decade. To invest 100 million dollars in this sector by 2030. Establish a new national flag carrier. Build a new “mega airport” in Riyadh and move up to five. Transporting millions of tons of cargo every year.

However, industry analysts question whether Saudi-based airlines will be able to compete with established regional heavyweights such as Emirates and Qatar Airways.